Team BTO Sports-KTM-WPS Toughs it Out at Hangtown

Camarillo, CA (May 23, 2016) –   Team BTO Sport-KTM-WPS headed out west for the first round of the Pro Motocross Championship series at the legendary Hangtown MX, located inside the  Prairie City SVRA just outside of Sacramento, CA. Team riders Andrew Short, Justin Brayton and Benny Bloss opened up the season with a pair of solid motos. 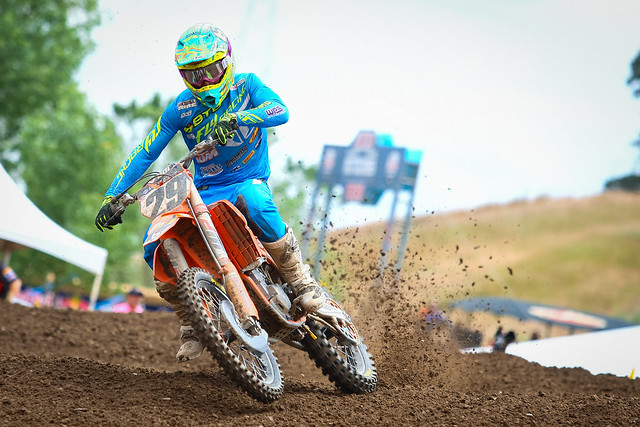 Andrew Short was back in action, finishing 12th in moto 2.

Andrew Short came in to the weekend ready and prepared to race at Hangtown. All healed from his injury earlier in the year, Short used the explosive power of his FMF Racing 4.1 exhaust system to launch out of the gate in moto 1. He would ride a steady race, working his way through the middle of the field and finishing the moto in 15th place. Short came back in moto 2 with another strong start. He would ride solid, working his way through the middle of the field with his sights set on the front pack. He worked his way up to 12th place by the end of the moto. His 15-12 score was good for 13th overall on the day.

“I was having fun out there” Short said. “My endurance was there today, but still need to pick up some speed. We will get there and I am looking forward to Glen Helen next week.” 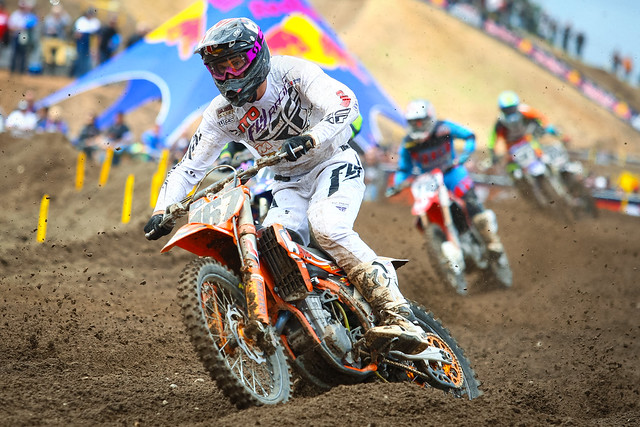 Benny Bloss came prepared and ready to battle at Hangtown. In moto 1, Bloss would battle inside the top 20 for most of the moto, working his way up to 14th before going down in the later stages of the race. He would re-mount, pull a tear-off from his Scott goggles and work his way back up to finish 21st.  In moto 2, Bloss utilized the traction of his Pirelli MX tires to dig deep down the start straight and start inside the top twenty. He would attack the track and make passes throughout the moto, working his way inside the top 15. Still on the gas at the end of the moto, Bloss would finish 14th.  His 21-14 score was good for 18th overall on the day.

“I felt good out there” Bloss said. “While I made a rookie mistake in the first moto, I came back strong in the second. I’m excited for Glen Helen next weekend!” 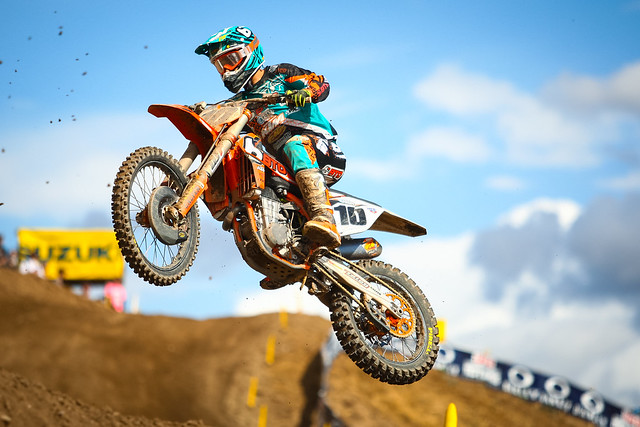 Justin Brayton would battle throughout the day inside the top twenty. In moto 1, Brayton would start the moto off strong, battling inside the top 15 for most of the moto.  He would struggle later in the moto and slide back, finishing 18th at the checkered flag.  Moto 2 would again be an uphill battle for Brayton, as a midpack start would have him working his way up through the field. He continued to  battle and upped his first moto finish by one to 17th. His 18-17 score would be good for 20th overall on the day.

“I struggled all day” Brayton said. “My starts weren’t there in both motos, so we got some work to do before Glen Helen.”

Team BTO Sports now travels to Glen Helen MX this weekend for round 2 of the 2016 Pro Motocross Championship series.